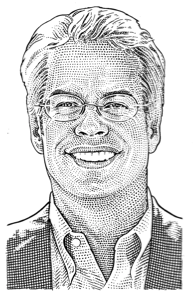 As the Co-Founder and Chief Analytics Officer of C3 Metrics, Hughes brings a wealth of creative and quantitative experience in consumer marketing from PepsiCo, Pep Boys and eBay.

Hughes grew Half.com from zero to 8 million customers as its VP of Marketing in less than three years. Half.com was sold to eBay for $300 million six months after launch.

Hughes is the son of a Pulitzer Prize winning journalist, and Hughes’ own book, Buzzmarketing (Penguin/Portfolio), is published in 15 languages. In its first year of release it was heralded by Fast Company as one of ‘The Ten Best Business Reads of the Year’ and named by The Financial Times of London as one of the ‘Best Business Books of the Year’ along with Freakonomics.