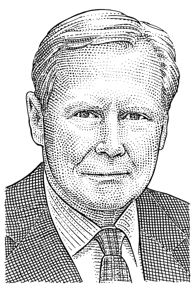 Dimling is one of the most influential architects of modern media research. Prior to being an advisor to C3 Metrics, he was President and CEO of Nielsen Media Research, chairman of the board for Nielsen’s Net Ratings (Nielsen Online), and interim chairman of Nielsen Entertainment through 2008. He joined Nielsen Media Research in 1985 to introduce the Peoplemeter service, which transformed the TV ratings business. He led innovations in technology and methodology and developed the organization’s initial strategic roadmap for measurement of online technologies. Dimling won competitive battles with network-financed competitors, and grew revenue 166% and operating income 238% in 8 years. When Nielsen went public with Dimling at its helm, share price was $13. One year later he orchestrated the sale of Nielsen to VNU for $37 a share, nearly tripling shareholder’s investment in fourteen months. Dimling was also executive director and CEO of the Media Rating Council (MRC), and held leadership and board positions with the Corporation for Public Broadcasting, the National Association of Broadcasters, the Center for Communication, and the Advertising Research Foundation Dimling has an A.B. in Mathematics (Summa Cum Laude) from Dartmouth College, and M.S., Industrial Administration from Carnegie Mellon University.